1. WELOVESAIPAN
I've launched a website called WELOVESAIPAN.COM with the support of Angelo Villagomez. An Assistant Attorney General for the CNMI is cool enough to have a blog, AND emailed me to include her on our site! How great is that!? WeLoveSaipan.com

2. VOLUNTEER OF THE WEEK
Made volunteer of the week on the BeautifyCNMI website!

3. KWANZAA PLAY
The students of Whispering Palms School put on a Kwanzaa play at the Multi-Purpose Center at 7pm Dec 14.

They performed 7 short skits to give examples of the 7 Principles of Kwanzaa, and have been helped and coached by our own Dorothea Bryant as well as Rose Smith (Kenyan native who speaks Swahili). For many students as well as teachers, this was their first introduction to Kwanzaa. East shore of the island....with the crashing waves of the Pacific ocean as a backdrop 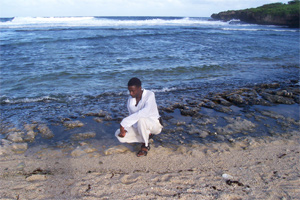 West shore of the island...with the crashing waves of the Philippine Sea as a backdrop. 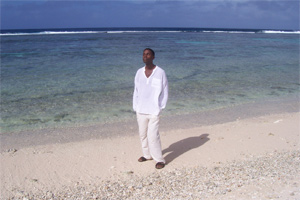