Welcome to Walt's Escape from America!

What if you had a friend who discovered a secret, reclaimed his power, broke free from conventional ways of thinking, reinvented himself, escaped the rat race, and was right now living true to himself, happily enjoying his dream lifestyle traveling the world from a home base on a tropical island... with the freedom and the "effortless income" stream to prove it. Wouldn't that make a great story? 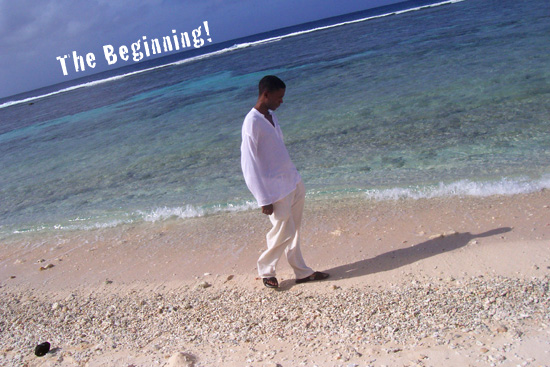 How it all began!

My name is Walt Goodridge. On Feb 9, 2006, I sent the following email to a few friends, customers and clients:
hi All,
As you may have surmised, and as was hinted at in several of my recent Friday Life Rhymes ( specifically #437 entitled Freedom Song), something's been brewing in "Walt World" for the past few months.
Ever since leaving corporate America in the fall of 1995, I've been executing a plan to create the lifestyle of a modern, minimalist, nomadic, passionpreneur based on a passive-residual income stream!
Now that I've cut all the tethers and structured a turnkey, self-sustaining, internet-based business that doesn't require my physical presence in any one location......
(drum roll, please)
...I've bought a one way ticket to the island of Saipan in the South Pacific!
So amid sea, sand and sun I'll be living my dream in a clime that resonates with who I wish to be.
Since this is simply the first step in a journey of a thousand smiles, I didn't want to make a big deal about it until I got there and surveyed the lay of the land. But, I wanted to tell a few friends and contacts who I felt deserve a little advanced notice...
You can still reach me at walt@passionprofit.com and I'll set up a Skype account and MSN Messenger for IMs for anyone who'd like to keep in touch, and share the experience!
Walt p.s. I leave next Wed Feb 15 for Las Vegas, and then to Japan--my first stop on the way to Saipan! If you know of anyone there in Tokyo I might call who might be kind enough to show me around, please let me know. And in case you didn't receive Life Rhyme #437, here it is again... (read more at the Life Rhyme Archives) Freedom Song
One day you'll think about me:
Haven't seen him in a while
You'll make a note to find me
or a number you can dial

One day you'll ask about me:
Where on earth can he be found?
And learn at last I've set my sail
where sun and sea abound

One day you'll say about me:
Goes the nomad on his way
To live the life's adventure
that he said he would some day

One day you'll write about me:
There's the man who lived his dream
Cut loose the oars and left the boat
to swim a different stream

You'll know the singer instantly
you'll recognize my voice
A heart-felt freedom song
of life lived not by chance but choice...

And so began my escape from America.